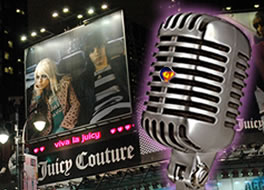 Joomla! Internet radio shows have begun to pop up online. I'm still not sure if I should be referring to them as online radio, or radio online, or simply radio on the Internet. Call them whatever you want to but don't miss out on hearing some of the brightest people in Joomla! open source projects and communities tell their stories.

Two very popular web radio shows are JoomStew Radio and The Bob Bloom Show. Unlike some Joomla! podcasts and streaming radio shows that have appeared in the past and faded away, these two have been consistent producing weekly Internet talk radio broadcasts. There has been the odd week where a new show didn't get published, but It’s impressive to see the effort that the show hosts are putting into it.

Joomstew Radio covers all things Joomla! and the last few shows have featured Jen Kramer, Justin Kerr, Brian "Sully" Sullivan, Marco Barbosa, Johan Janssens, and Stian Didriksen. Yours truly, JoeJoomla, has also had the privilege of being on Joomstew Radio as well.

The Bob Bloom Show is part of SouthLaSalleMEDIA

The Bob Bloom Show is from Toronto, Canada. Bob is a Joomla! eCommerce expert and has recently put together his SouthLaSalleMedia.com site. Bob's site consolidates all his early Internet radio show efforts from past BlogTalkRadio Shows into this media site. Bob started out with a group he called his “Round Table of Guests” which includes Alan Langford, Alice Grevet, Derek Heck, Faisal Quereshi, and Joe Sonne aka JoeJoomla. The Bob Bloom Show is currently hosted by Bob Bloom and Derek Heck.

Both shows have an impressive lineup of guests

This is where you hear expert Joomla! freelancers
and entrepreneurs

You don't want to miss these two radio shows. This is where you hear the expert Joomla! freelancers and entrepreneurs give their insight, advice, and opinions. The impressive line up of guests on these shows will benefit you greatly. If you can't travel all around the world and sit down in person with these pioneers and trail blazers, you can at least tune in and hear them talk.

I’ve been on both Joomstew Radio and The Bob Bloom Show. Each of the shows are a pleasure to do. The hosts are great and we always enjoy some post show chat that I often wish were part of the public broadcast.

Here is a link to a current listing of the shows that JoeJoomla has appeared on. So tune in and listen to these streaming radio shows that will inspire, inform, and motivate you to be better at what you do. If you find some other great Joomla! and open source radio stations on line let me know, I don't want to miss out on anything!

Have you heard both Joomstew Radio and The Bob Bloom Show? Which do you prefer and why?