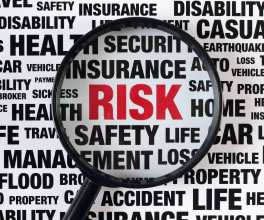 Extensions are one of the reasons that Joomla! is so popular. They add value and functionality to your website by extending the ability of Joomla! beyond it's core. Extensions are not without risk. Anything that you add to a Joomla! site increases risk. Risk management is highly important for the sites you build. Nothing is worse than a hack or fatal error that brings that beautiful website you worked so hard on to a standstill. Not to mention how everything else now takes a back seat until the emergency caused by these situations are resolved.

Why would you install an extension you don't know where or who it came from on your site?

You don't invite strangers into your house, why would you install an extension you don't know much about on your site?

Some extensions are poorly done and greatly diminish the value of your site by the problems they cause. Don't be swayed by the promise of some cool or flashy thing that an extension will do for you. Make sure it's tried and true. When an extension is poorly done it is potentially the doorway to security and other problems for your website. Malicious hackers exploit vulnerabilities of extensions to subvert your website in a way that will be annoying and embarrassing for you.

Before you install something on your site make sure you know a lot about it and who created it. If you don't, get the advice of knowledgable and trusted Joomla! developers in the community who can tell you if an extension was done properly. Even when a new extension arrives on the scene that was done right it doesn't guarantee that it will be good over the long term. Some extensions get abandoned by their authors and become problems over time. If your site depends on an extension that's not maintained and upgraded to work with the latest versions of Joomla! it may become a real hassle when you need to migrate to a new version of Joomla! in the future.

You can do lots of things with Joomla! right out of the box but good extensions can make a Joomla! site great. Make sure that the extensions you install on your site are from good developers. This will go a long way to minimize your risk and help keep you out of trouble. Even good developers are not perfect. Sometimes things are discovered about an extension requiring a security patch and upgrade to alleviate a weakness. The good developers respond quickly to these situations.

You need to be paying attention to your Joomla! site. Don't just build a site and ignore it. It's a responsibility just like a bricks and mortar building. You wouldn't let your building get old and crumble unless you didn't care about it. In the same sense you need to keep on top of the changing technology and how it affects your website.

Good developers give you valuable support. They are people who help make your Joomla! site great. They deserve to be supported and compensated for their skills and hard work. Don't be cheap and get extensions from disreputable sites that bypass the developer. Not only are you making it harder for good developers to stay in business but you put yourself in serious jeopardy of getting an extension or a template that contains malware code inserted by inscrutable sources.

There are no license fees to use open source software. Because of this you are saving a lot of money leaving you more to spend on your content which includes good extensions.

When you support good developers you are helping to keep Joomla! strong for the future

Many of the developers who create great extensions for Joomla! also contribute code to the Joomla! project. Some sponsor Joomla! events around the world and others inspire Joomla! to be one of the best software systems for building websites anywhere. So don't let strangers into your Joomla! website. By using and supporting good extensions created by reputable Joomla! developers you are ensuring that Joomla! stays healthy for the future. Joomla! is making it easy for you to build great websites. Let's make sure it's here for the long run.